I originally wrote this article for the Italian website Outcast.it

It took me a bit more than one year to finish Horizon Zero Dawn, not because of the great amount of content, but mostly because I often got lost in its marvelous world spending too much time exploring it and obsessing with the game’s Photo Mode (all images are shot by yours truly). The incredible landscapes and jawdropping games of light are constantly enriched by the mixture of nature and technology. These landscapes are inhabited by many wild animals (swines, rabbits, foxes and so on), as well as mechanical animals that were designed by a very innocuous cooperation between the ministry of defense and a Tesla-like megacorp who ended up building war machines. How nice! These machines look stunning, somewhat mimicking the natural counterpart that their design is based on. We have for instance the Tallnecks that are basically metallic giraffes. We have the robo-diles, iron pterodactyls (pretty sweet name for a metal band), tiny wifi-velociraptors that are actually not so fast, mecha-spiders and wannabe-tremors.

All of these machines are at the center of the game experience: their existence has a fundamental role in the narrative, and the game’s gameplay loop revolves around them. Go hunting, loot components, improve your equipment and go back to hunt. As the plot unfolds and the player explores new lands, we get to meet more and more machines. They get gradually more difficult to destroy, pushing the player to use specific weapons to attack their weak spots. Even though exploring the game world is a strong component of Horizon: Zero Dawn, hunting (therefor the combat system) ends up being the core system that the players engage with. As I spent some time analyzing how all the game systems are interconnected, I ended up focusing on the role of animals in the game. The way animals and machines exist and coexist in Horizon’s world is not very unique: their presence is completely functional to the player’s existence. The same can obviously be said about many aspects of the game (or games, broadly speaking), but focusing on the wildlife is in my opinion quite interesting.

I believe that creating a virtual world that feels alive requires creating a big system that is enriched by potentially independent sub-systems not strictly connected to the player. If we look specifically at Horizon: Zero Dawn, though, it is hard to find autonomous and somewhat sentient AIs. Starting from the wild animals, these don’t really have complex ways of interacting with each other, nor interesting routines/activities. One clear-cut rule governing their existence in the game world is their geo-location: the algorithms ruling over the creation of the map position animals relatively to their distance from sources of water. This rule, even though perhaps not particularly complex, conveys a sense of authenticity and coherency to the world, giving the illusion that these animals are capable of following logical and rational decisions based on their needs. If we look at more complex systems, though, we soon realize that we never really see animals hunting/being-hunted, reproduce or protect their puppies (spoiler: there are no puppies).

The wild animals in Horizon: Zero Dawn exist with the only role of being a resource to the player. They exist to serve a role in the game’s economy, and that’s about it. Aloy’s equipment is obviously made out of leather and the only way to expand her bags is to kill these animals. This works perfectly well in the context of the game world since hunting is the main activity of most of the tribes in Horizon: Zero Dawn, but the fact that this becomes their only role in the macroscopic game system is extremely limiting if the goal is to create a complex world that feels rich, complex and alive to the player. 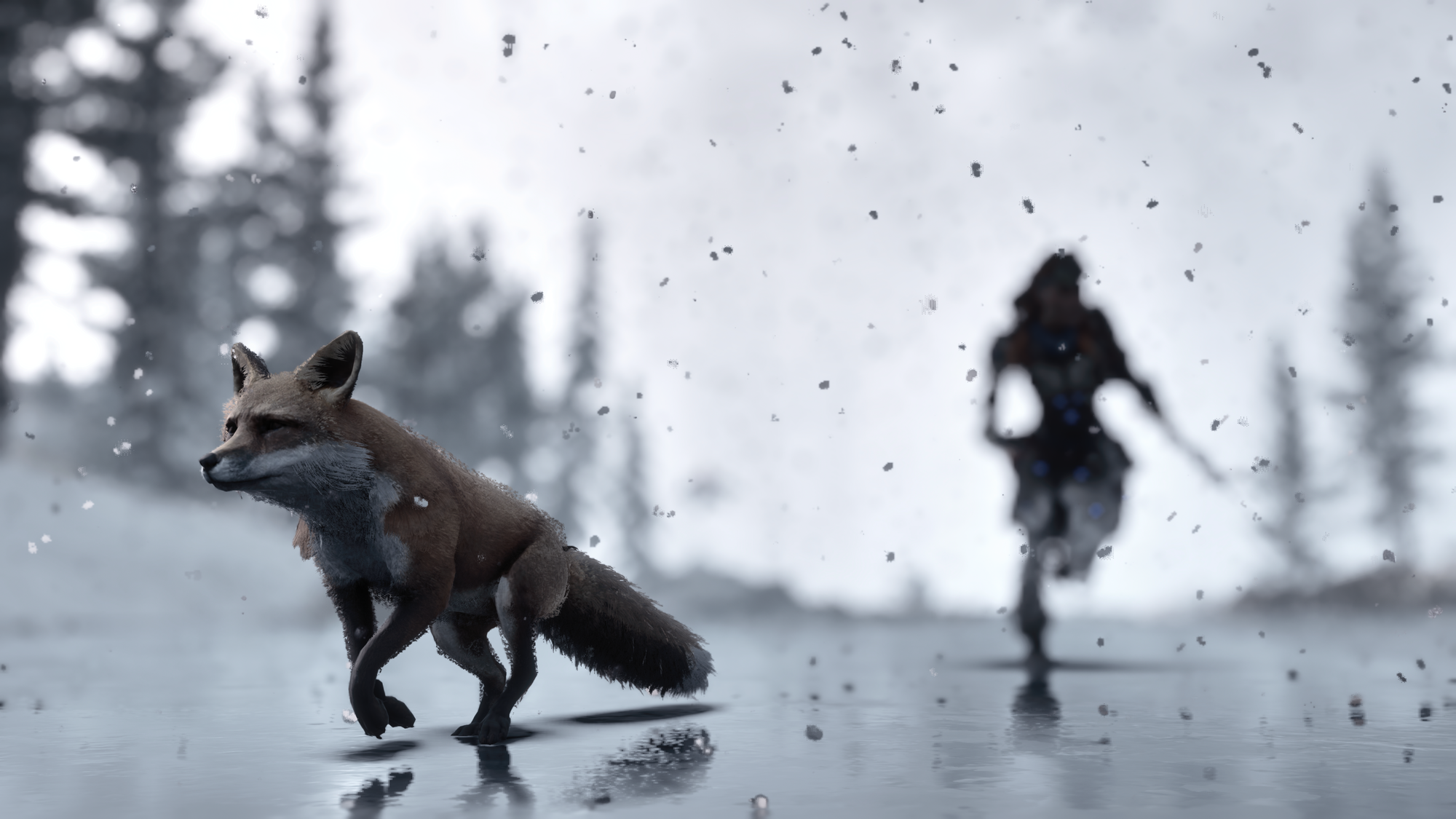 Wild animals probably (and understandably) assumed a minor role in the game in order to emphasize the one of the machines. Even in this case, though, the game never tries to generate a non-functional ecosystem. While it is true that machines have somewhat more complex interactions (you will see them fighting against each other from time to time) these seems to be there exclusively to emphasize another major gameplay mechanic: the player can hack a machine to make it fight for them. Even mounts are an outcome of hacking machines, not mentioning the Tallnecks whose role is to be hacked to unveil new parts of the map, and end up being relegated to static circular routines. In other words, wildlife’s systemic role in Horizon: Zero Dawn is solely to provide gameplay opportunities to the player.

Exploring the game lore, we get to understand that there used to be domesticated machines that lived in complete harmony with humans. Of these beasts, unfortunately, we don’t really know much more. Wouldn’t it be great to see robo-chicken and metal-cats wandering around villages? And wouldn’t it be amazing to have peaceful interactions with machines and wild animals? How wondeful would it be to see huge birds migrating across the lands without engaging in predatory behaviors against the player? While their aggressive behavior is justified because of some plot-related events that I am not gonna spoil to you, I can’t help but think that there was a bit of a missed opportunity here. Even creating scripted moments like Naughty Dogs did with giraffes and elephants are examples of how the majestic wildlife can enrich a game world without becoming a resource in the game’s economy. Providing the player with the freedom to autonomously make use of their curiosity and try to understand what are the rules that govern the game world (a bit like it happens in the much smaller low-poly world of Proteus) would amplify the perceived complexity of micro- and macro-cosm, which is something that I felt was missing in Horizon: Zero Dawn.

Guerrilla’s game is, top me, one of the best open-world games I have ever played, and the team did an outstanding job at creating a solid action RPG capable of providing a strong sense of exploration and contemplation of the beauty of nature. Too often, though, animals are not true independent actors in open-world games; quite the opposite: they are just a resource to the player. We need to give life and autonomy to these beasts and try to detach from this obsessively player-centric game design approach. Hopefully this will allow us to shape moments of awe, beauty and stupor when facing wildlife, the same stupor we feel in real life when we interact with our non-human companions. 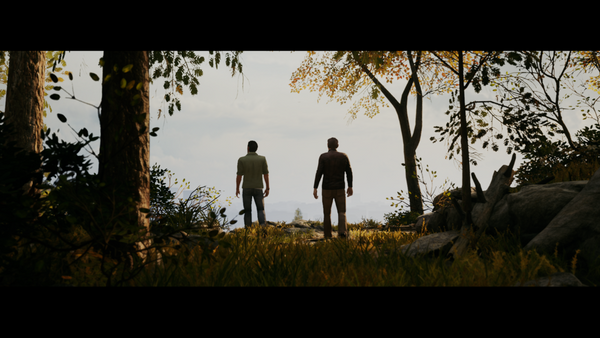 A couple of weeks ago I played A Way Out with my brother, and the game has left a really strong impression on me. A mostly spoiler-free analysis of the most interesting design bits. 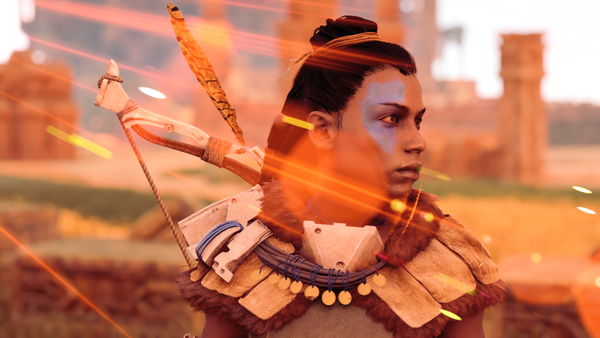 So many people, and yet galleries can only hold 9 pictures at the time.