As you might have heard, the blog is - once again - alive! It seems to happen every couple of years at this point; who knows how long it will last this time around!

Recently I've been thinking about an unexpected new form of entertainment that I wanted to talk about. We've been "soft self-quarantining" for almost 2 months now (why is time going so slow?), meaning that I can count on the fingers of two hands (10) the times I've seen the sky from outside the apartment (watching from the window doesn't count). It sucks, especially because the spring has been stupdly beautiful this year. I just kinda miss strolling around, having a nice walk, looking left and right, taking some photos around town.

A couple of weeks ago the YouTube algorithm geve me a good suggestion, for once. Some user restored and uploaded a 15 minutes video of San Francisco in 1906. It's kinda cool that, by doing some neural network black magic, it's possible to make old video footage look more than decent. It was kinda mesmerizing to watch, I'm not entirely sure why, but I enjoyed how slow the entire thing was. You should watch it too; make yourself a nice cup of tea, get on the couch and stare at all these elegant people being amused by the technology of the future.

After a few days, as I was just scrolling my Twitter feed, I randomly bumped on an amazing video from a YouTube channel called Rambalac (thanks Lorenzo for sharing it!). The idea is that this person films themselves walking around Japan, without doing any commentary. It's basically the next generation walking-simulator; you don't even need to worry about walking yourself. It's all quiet and real. It's interseting, amusing, relaxing, calm, a bit odd but also somewhat educational.

Not a vlog, no intrusive faces or talking, pure Japan only. [...]
I walked through it to Tama river. Then walked a bit along it. Turned back to residence area and got back to Zoshiki station.
There was not live stream because it makes schedule too complication.
4 cats found.

I surprisingly ended up watching all of it (it's 1 hour long) and then quickly thinking ...what the fuck did I just watch? but also wow, this was great!

Like...it's kinda weird and somewhat disturbing that I am in a situation where I am watching someone else walking outdoors - through their eyes. In a way it feels oddly decadent and cyberpunk, a present in which people are staying at home and looking at people walking around because they can't currently go out themselves.

If you are curious, the channel has some other amazing videos; I also watched one that was shot in the evening under heavy rain. EXTREMELY SOOTHING.

I would have never thought I'd find a psychological haven in this sort of no-commentary videos, I want more of this! In times of stress and anxiety, this turned out to be my unexpected source of relaxation. 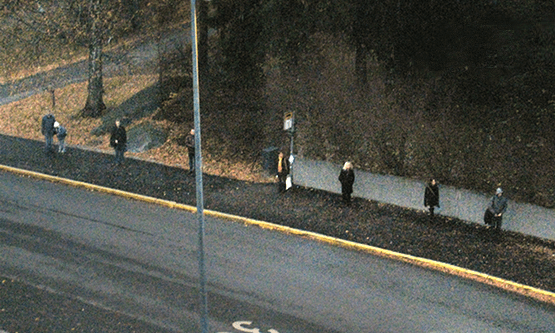 Yup, I'm writing again. Why? I'm not entirely sure myself. How often? Who knows! It's just my third attempt.